Opening Reception, The Bond of Inspiration: An Exhibition of Works by India Blake Johnson and Seward Johnson 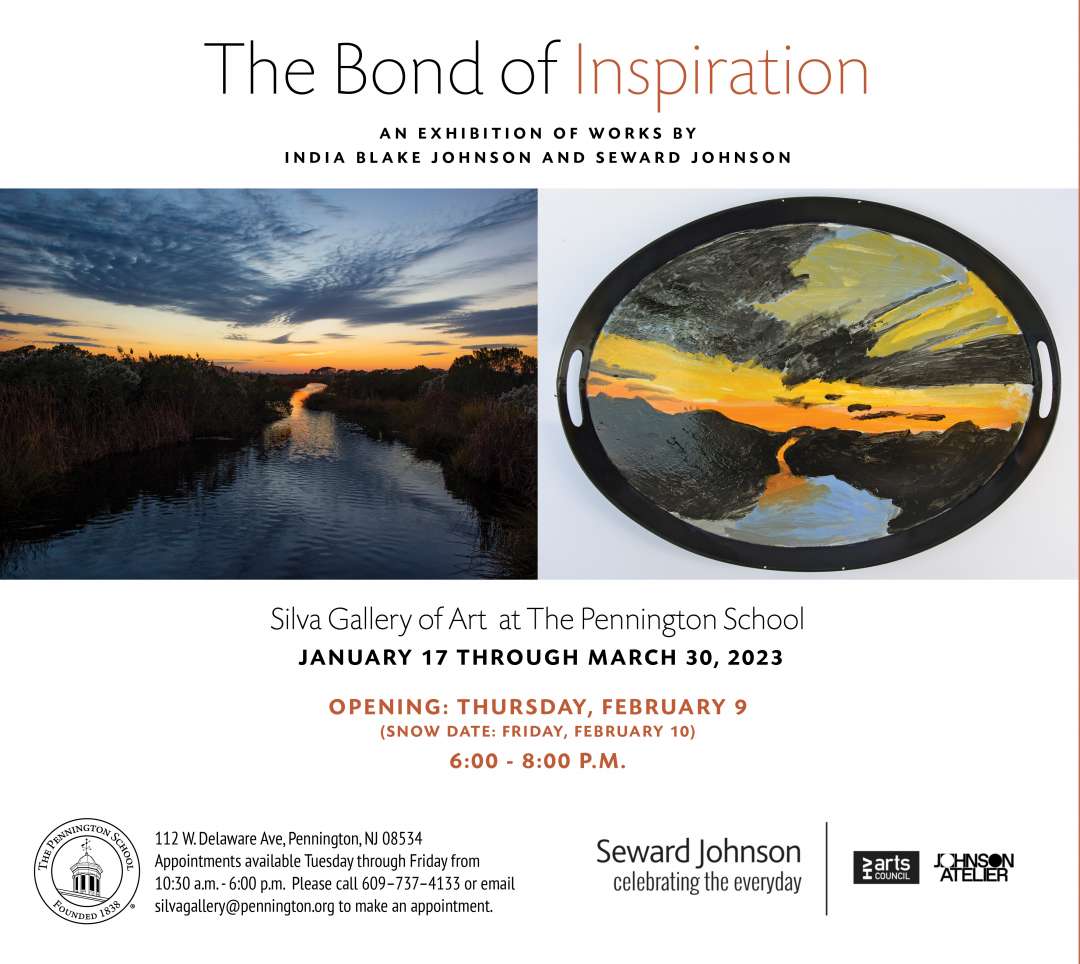 This event is the first for Seward Johnson: Celebrating the Everyday — the year-long celebration of programs and activities honoring life of Seward Johnson II co-sponsored by the Hopewell Valley Arts Council and The Seward Johnson Atelier.”The Bond of Inspiration” is a father/daughter exhibition, hosted by The Pennington School from January 17 to March 30, that features Seward Johnson’s Midnight Snack Art trays, alongside India Blake Johnson’s photography, An opening reception open to the public will be held from 6 to 8 pm on Thursday, February 9, 2023. The show will be displayed at the  Silva Gallery of Art on the campus of The Pennington School and is open to the public by appointment. For appointments, please contact The Pennington School at (609) 737–4133 or email silvagallery@pennington.org.
In 2020, the world lost one of its most beloved and well-known artists, J. Seward Johnson II. A resident of Hopewell Valley and the son of Robert Wood Johnson, co-founder of Johnson & Johnson, Seward Johnson II was an artist who worked in many artistic disciplines and was regarded as an internationally renowned sculptor. He was a mentor to many local artists and the founder of Grounds For Sculpture and The Seward Johnson Atelier (TSJA) in Hamilton, NJ.Prior to gaining recognition as a sculptor, Seward Johnson II was a painter who worked primarily on canvas with acrylics. As his career as a sculptor flourished, his painting projects subsided except for one unique format: painted trays. Johnson collected trays from antique shows to use as canvases for his homey, intimate scenes. The subjects are places of the heart and very personal.In 2017, Seward’s passion for painting trays accelerated. Following an exhibition with his daughter, India Blake Johnson, in Rome, Johnson was so inspired by her work that he feverishly began to paint, exploring the inspiration of her lens and reimagining her photographs as a continuation of his Midnight Snack Art. At that time, Johnson expressed a deep desire to see his works exhibited together again with those of India, highlighting the bond between father and daughter as artists.

If you are in need of any special accommodation, please contact us at least 2 weeks prior to a program or event.